King Cake is a big deal for Mardi Gras. If you don’t have time to whip up an elaborate King Cake this Mardi Gras season, make an Individual King Cake using a Twinkie! They’re so darn cute.

My daughter has lived on this earth for seven long years and never had a Twinkie. She didn’t even know what a Twinkie was. I could’ve accepted this knowing that she inherited my sweet tooth and has had plenty of exposure to other treats. I could have – had I not gone on and on about how amazing they are and then not been able to find them.

But the child forgave me when I surprised her with a simple, individual King Cake, just in time for Mardi Gras. Since Twinkies were not available (they’re available now – YAY!), I grabbed Little Debbie’s Cloud Cakes and they worked out great! 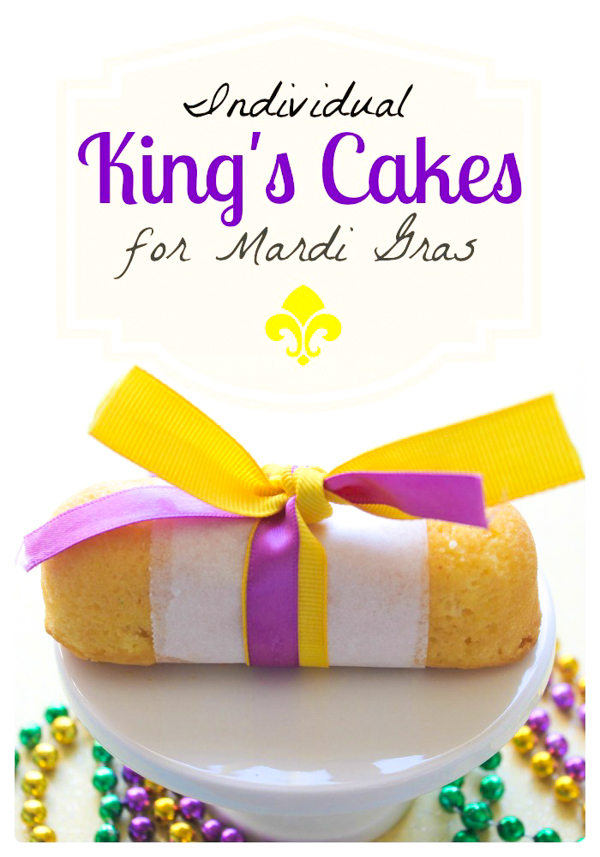 King Cakes are traditional festival fare during the Mardi Gras season. The traditional cakes often have a baby figurine hidden inside. Whomever should find the baby within their piece is considered lucky, often recognized as king/queen for the day, or may even the run the risk of being responsible for the next year’s celebration.

If you have young children and don’t like hearing them fight, you may understand that I wanted to fill each cake with a small figure.

How to Make King Cake for One

Scroll down for a printable recipe card.

To make an individual king cake, cut each cake (Twinkie or Cloud Cakes) in half width-wise like the photo. 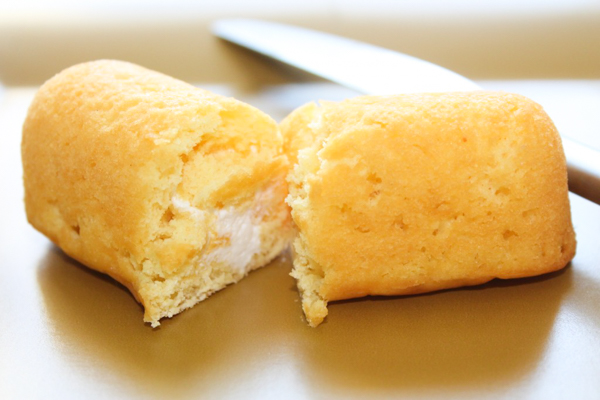 Next, put a small figurine inside the filling of the cake. I found plastic Hello Kitty figurines in a pack of collector cards at Target. Any small figures will work, though. Make sure that the cakes are only given to individuals old enough to not swallow the toys! King Cake babiesI was able to find some on Amazon if you’re looking for something more traditional. 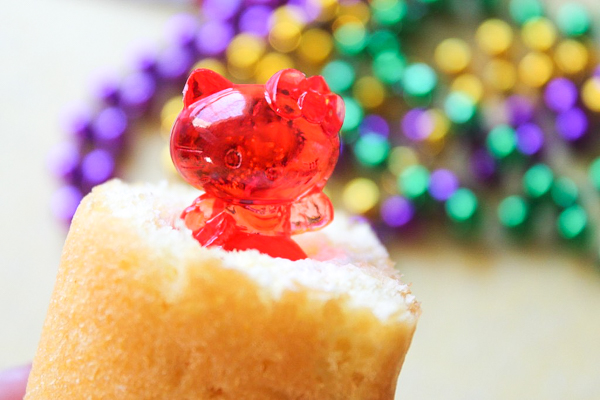 Then, carefully put the two pieces of cake back together and wrap in parchment paper to conceal the seam. I used ribbon, but baker’s twine in gold, purple, or green (traditional Mardi Gras colors) would work great, too. 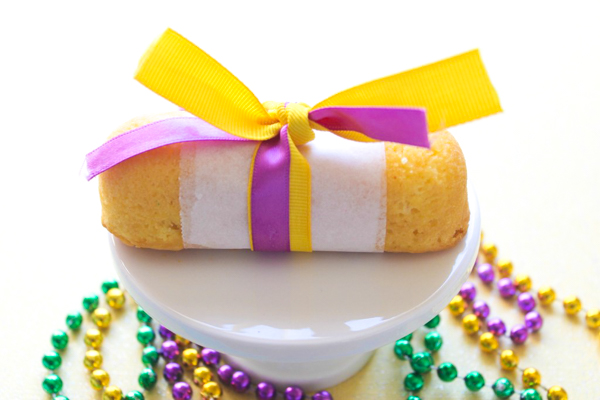 These cute little quick treats were a fun way to introduce the idea of Fat Tuesday and Mardi Gras celebrations to my children. While it’s not a traditional King Cake, it’ll work when there aren’t any other alternatives.