Experiences and travel provided by Disneynature. As always, all opinions stated in Wild Africa Trek at Animal Kingdom are all my own.

There are some things in life that you think will be once-in-a-lifetime experiences. When I did the Wild Africa Trek at Animal Kingdom three years ago, I thought it would be the only time I would be able to experience it. But, as life would play out, I had the chance to experience the Wild Africa Trek at Animal Kingdom again this past week while attending the Disneynature Monkey Kingdom Event in Orlando. 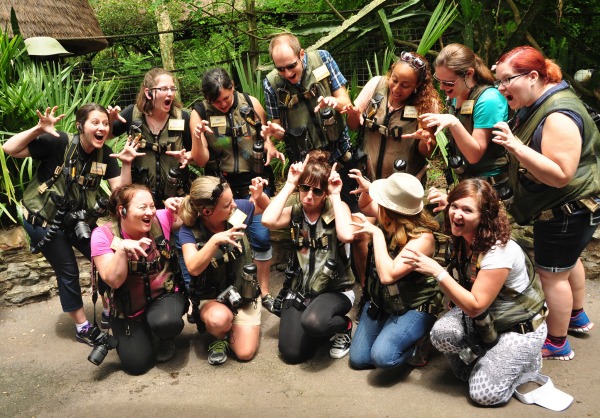 Before beginning the trek deep into Disney’s Animal Kingdom, all Wild Africa Trek participants must suit up in a harness, vest, earpiece and water bottle. The water bottle is yours to keep after the experience and will keep you hydrated during the trek. 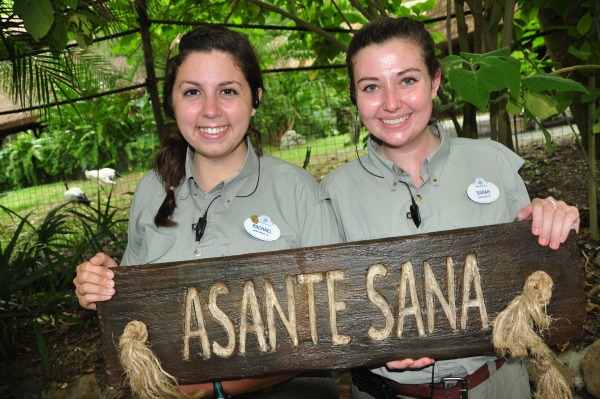 During the trek you are guided through the African Safari by two knowledgeable and funny tour guides. The earpiece allows you to hear all communication between the two guides as you trek through the safari. They share facts about the animals in a fun and comical way.

The beginning of the tour starts in the park where you learn more about various monkeys and birds while being led through the park. After seeing the monkeys and the birds, the behind-the-scenes part of the adventure begins, starting with the hungry, hungry hippos. 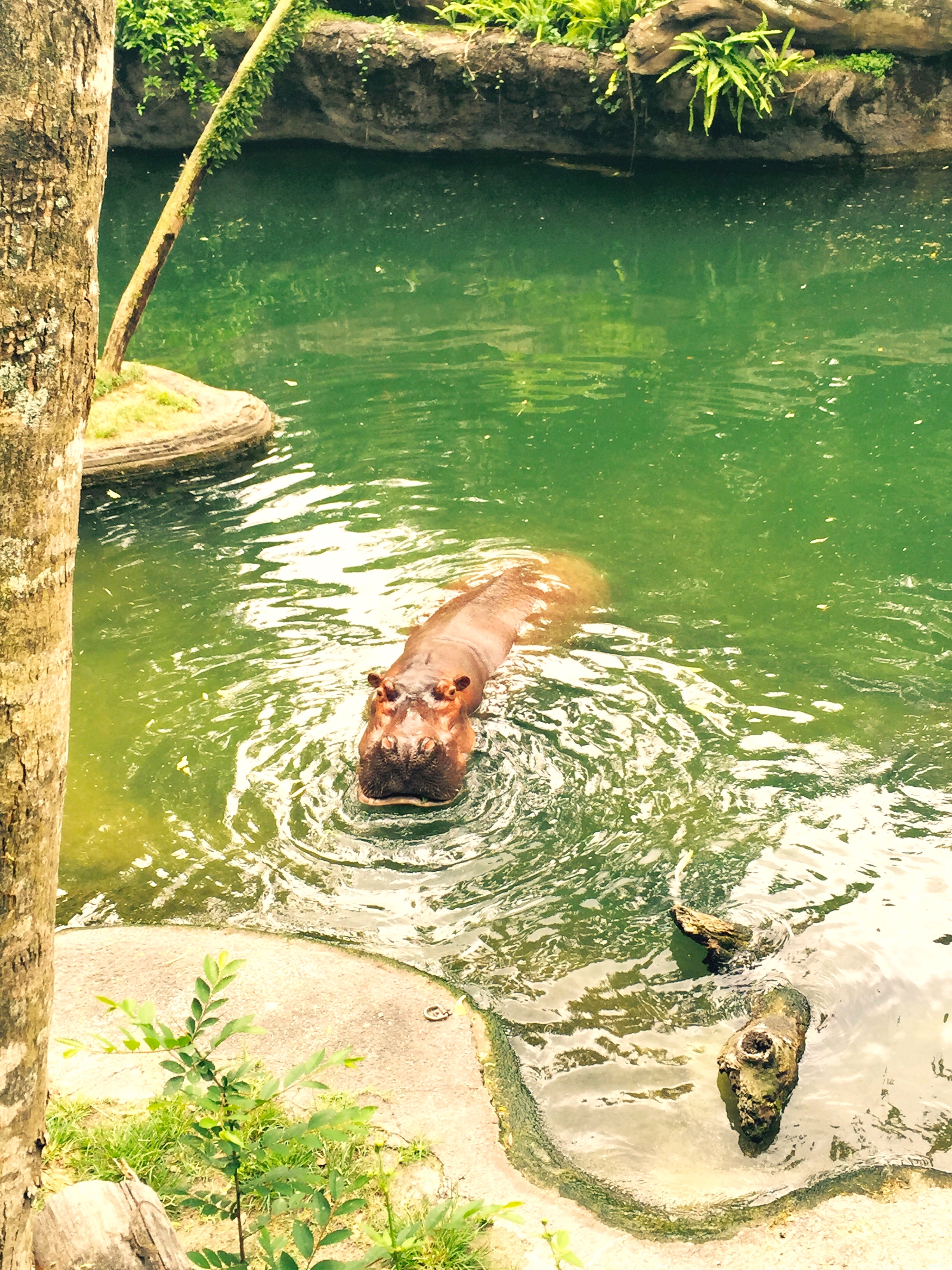 To get a closer look at the hippopotamus we were attached by our harness and allowed to walk to the edge of the overlook. We watched as one of the trainers fed the hippos a bucket of fresh lettuce and corn. Although hippos are strictly a herbivorous animal, I wouldn’t want to be anywhere near their mouths. They can their mouths to a full 180 degrees. 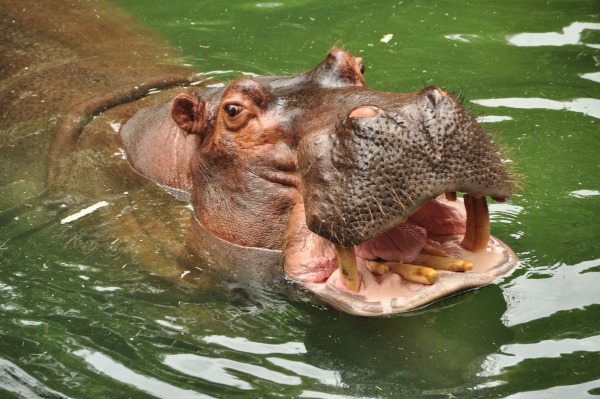 After spending time with the hippos, we continued on our trek through the safari with very uneven ground, brush and trees to end up at a rickety bridge, that we had to walk across to get to the other side. Although it looks pretty scary and frightening, the harness keeps you safe from falls. And as an extra measure of safety, there are nets on the sides and underneath the planks. 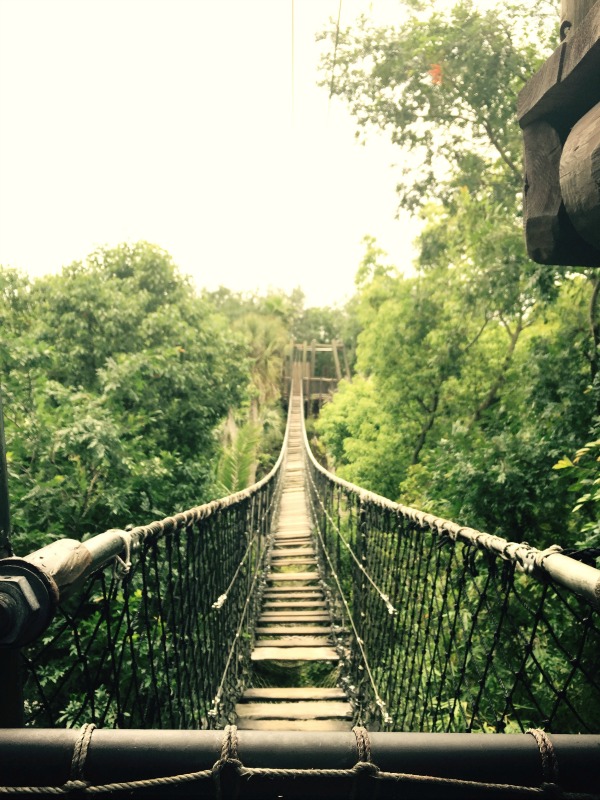 While walking across the bridges, the sights that surround you are simply breathtaking. The water, waterfalls, trees, animals — it’s so much to take in. Although you are in a controlled environment in the most magical place on Earth, everything around you makes it feel like you are experiencing a real trek through a true African safari. 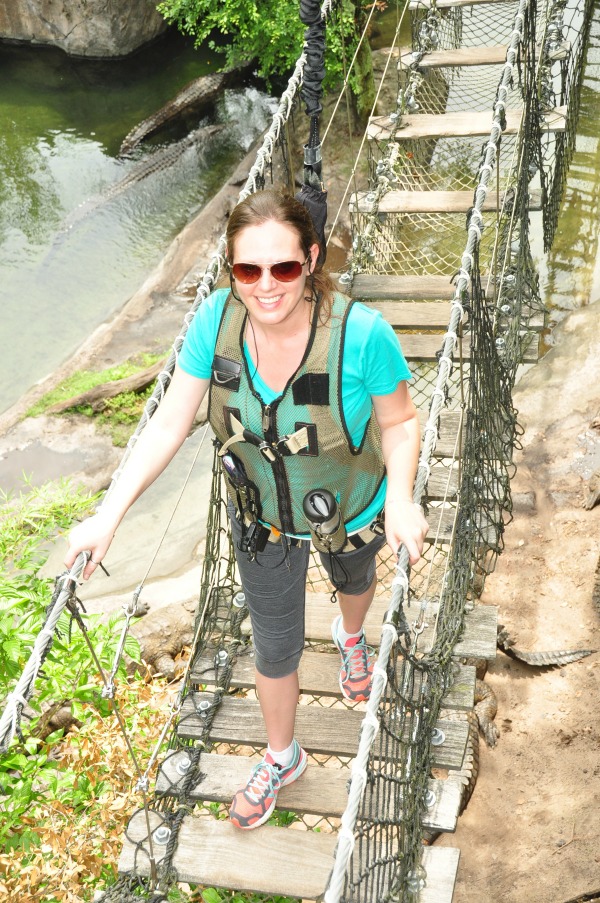 When crossing yet another bridge, crocodiles lay underneath basking in the sun. Last time I did the Wild Africa Trek I didn’t see a crocodile even flinch, but this time one of the crocs moved from the water to the banks to sunbathe. Weighing in between 500-700 pounds, I’m amazed their short legs can support their huge bodies. 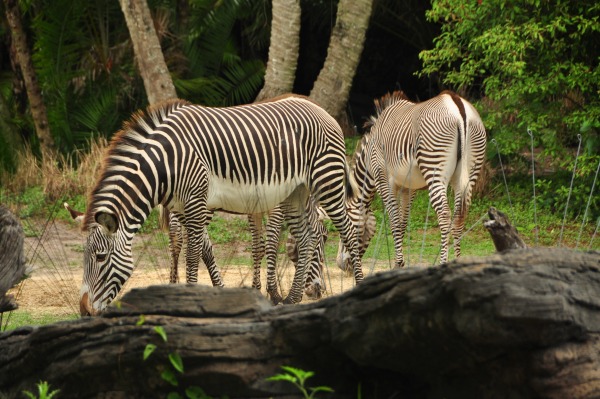 After crossing the bridges we hopped into an open air vehicle and started the journey through the African savanna. There were so many different species of animals throughout the savanna. 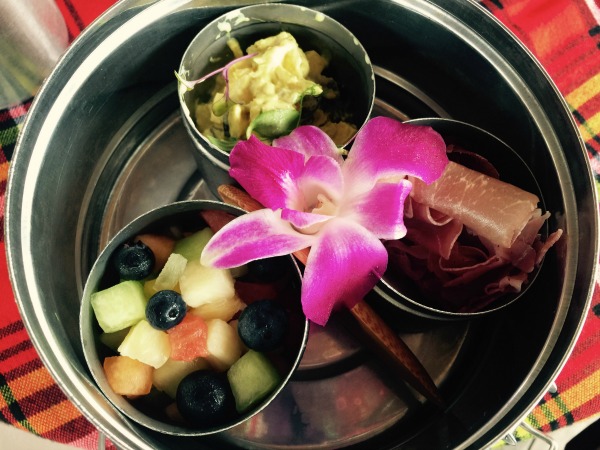 Midway through the tour of the savanna, we were treated to a wonderful array of African-inspired delicacies. The food was incredibly delicious, albeit different from my normal fare. Served in a covered cabana, you can watch the animals roam as you cool off and enjoy the sights. During this stop you have access to a potty. 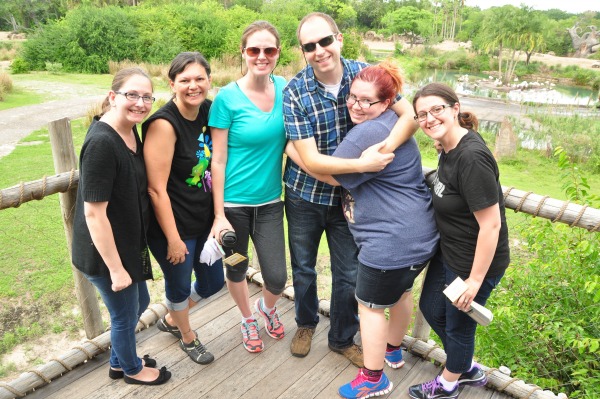 During the tour back to the park there are more animals to see. The guides prompted conversation by asking questions about certain animals. Although I had done the Wild Africa Trek before, I walked away from the tour knowing more about the animals then when I walked in. 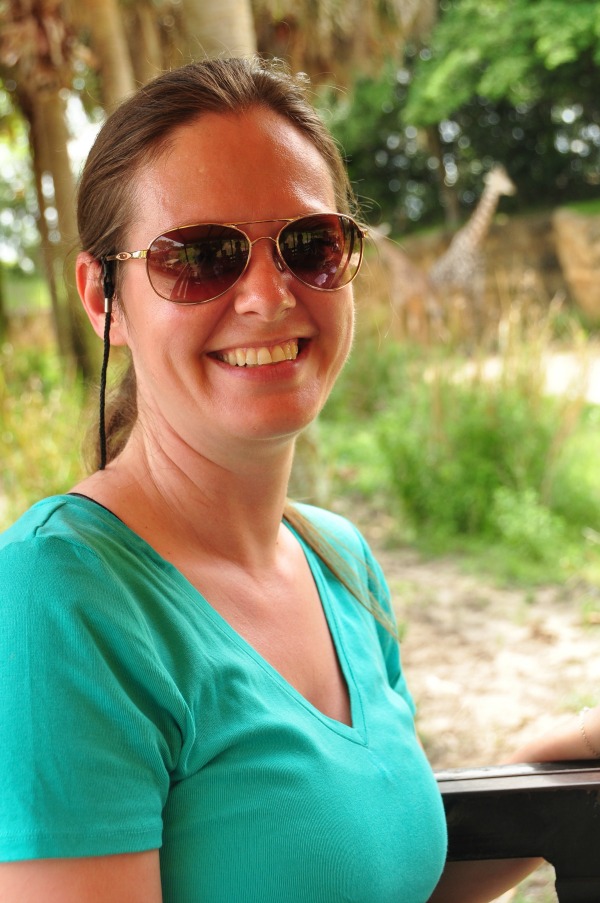 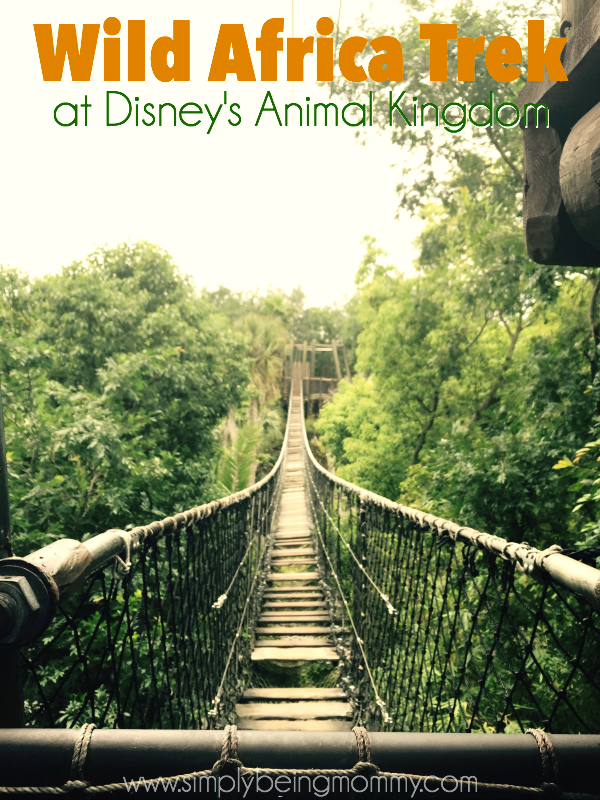 And don’t forget about Monkey Kingdom. The film is in theaters now and every ticket purchased during opening week will go to help endangered species in their natural habitats.