You are here: Home / Recipes / 4 Bacon Recipes That Will Blow Your Mind

This is a partnered post with KraftHeinz. The article originally appeared on the Kraft in the Kitchen Blog.

Y’all, unless you’ve been living under a rock the past couple of years, you’ve seen just how quickly bacon has risen in fame. What once was an humble breakfast accompaniment is now making its way into recipes we would have never even imagined a decade ago. Cupcakes, anyone? Check out these 4 bacon recipes that will blow your mind! 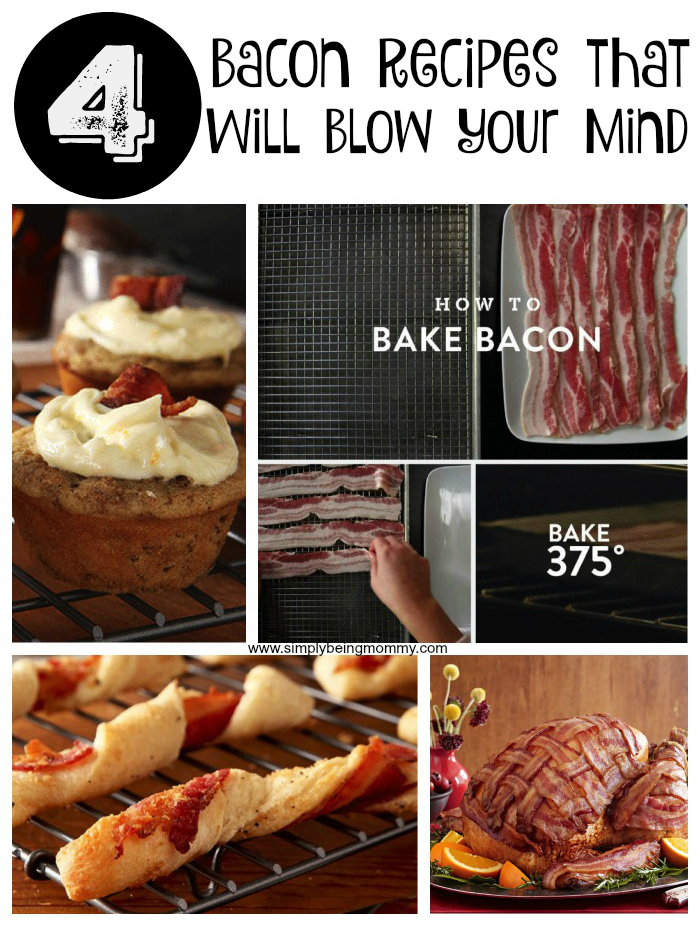 Bacon Recipes That Will Blow Your Mind

Maple-Bacon Brunch Cupcakes: Bacon cupcakes? Let bacon take your taste buds on a breakfast-themed sweet-and-savory adventure. These ingenious cupcakes star crunchy, chopped-up bacon in the batter, along with maple syrup and cereal. A dollop of quick-and-simple cream cheese frosting is the icing on this cupcake, and another little piece of bacon is the cherry on top. 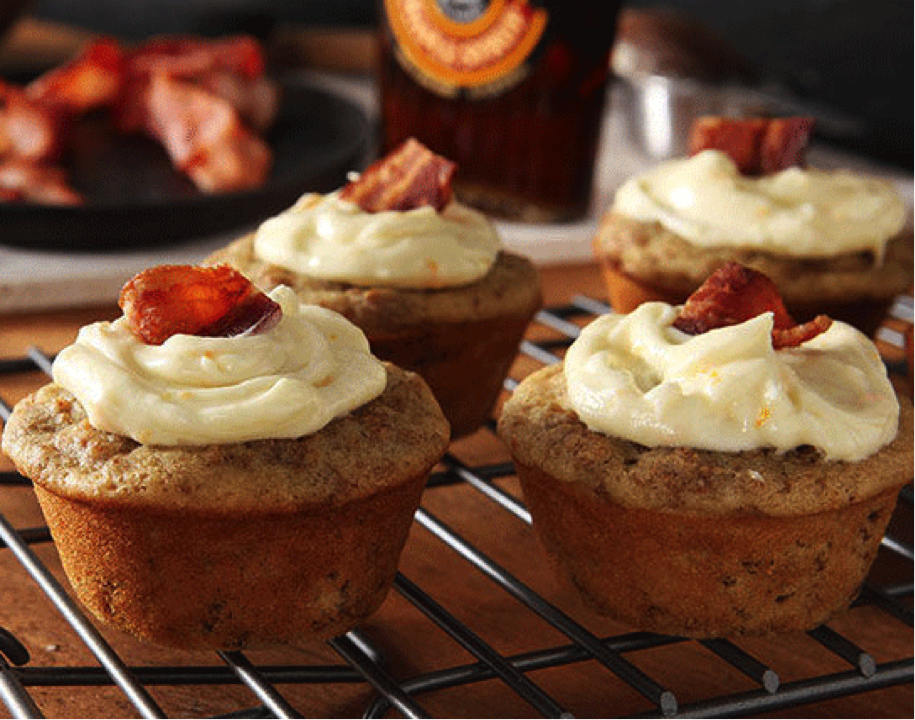 Bacon-Wrapped Turkey with Chipotle and Orange: Woven bacon? Simply wrapping things in bacon is Bacon 101 (still delicious!), so take things to the next level with a woven bacon lattice. Remember when you learned basket-weaving in summer camp? This is just like that. Except edible. It’s never too early to start planning your Thanksgiving menu, so take note! But you could also use this technique on a whole chicken or even a pork loin for double-pork deliciousness.

Peppered-Bacon Twists: Bacon breadsticks, anyone? After many years of breadstick history, you might think that they’re about as perfect as they could be. You would be wrong. This twisted version features a delightful ribbon of bacon and a coating of brown sugar and black pepper for a sweet and sassy kick. 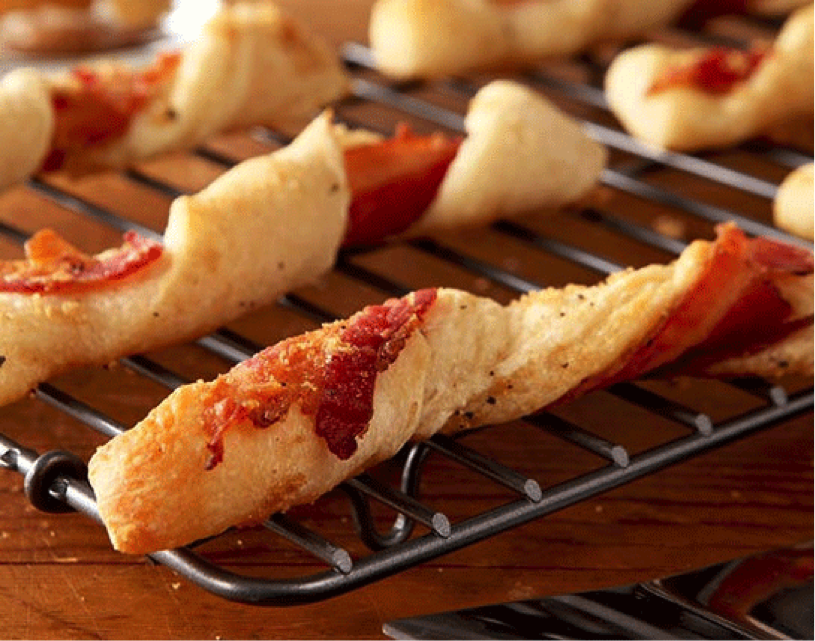 How to Bake Bacon: Put away your cast-iron skillet, because this bacon-baking hack makes it simpler than ever to get crispy-crunchy perfection with very minimal effort. No more grease popping and messes on the stove! 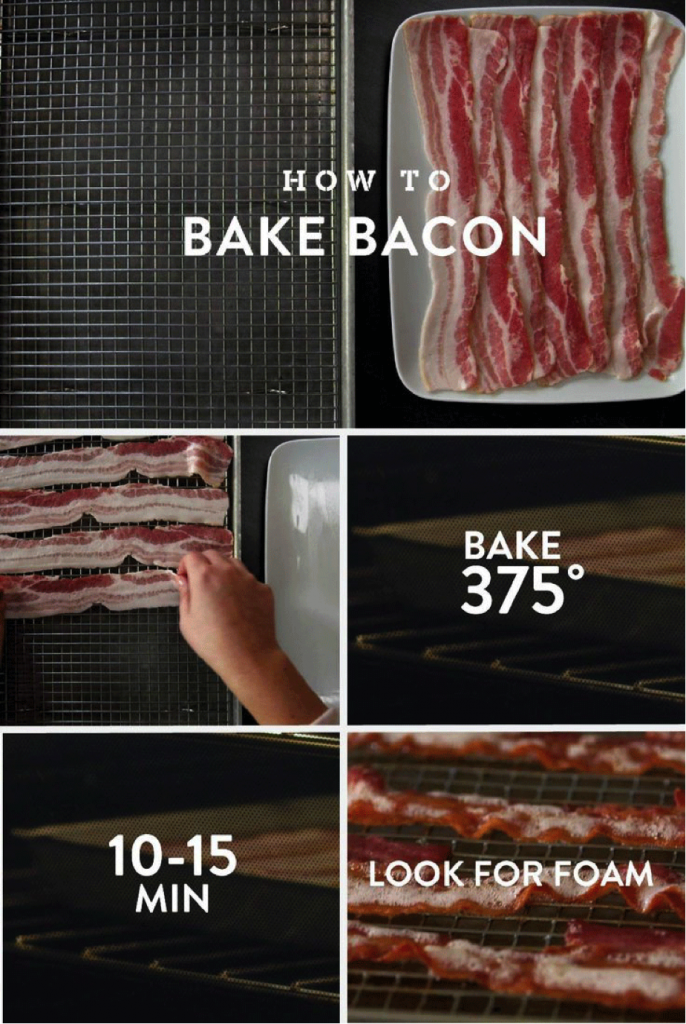 Now that your creative (bacon) juices are flowing, check out some other ideas for making the most of this wonder-food: Bacon-Wrapped Appetizers, Bacon And Chicken Recipes and, of course, Bacon And Pasta Recipes.

For more great recipes and tips, check out Kraft in the Kitchen!