You are here: Home / Family / When the Bully is an Adult

Before becoming a parent, I honestly had no clue how hard parenting would be. But after having three children and parenting for the last 13 years, I’ve learned this job isn’t for the weak of heart, y’all.

While my children haven’t necessarily been bullied by other children, at least not that I’m aware of, I so vividly recall a situation where my child was put in a situation he shouldn’t have — been by an adult.

Fourth of July 2015, my middle son was accidentally hit by fireworks and experienced lacerations on his legs. It was severe enough that he was hospitalized for almost a week. The first hospital stitched the biggest laceration and left debris inside the leg causing an infection. He was admitted to a different hospital where they determined that he had a uncommon infection that needed to be treated by the infectious disease doctor. 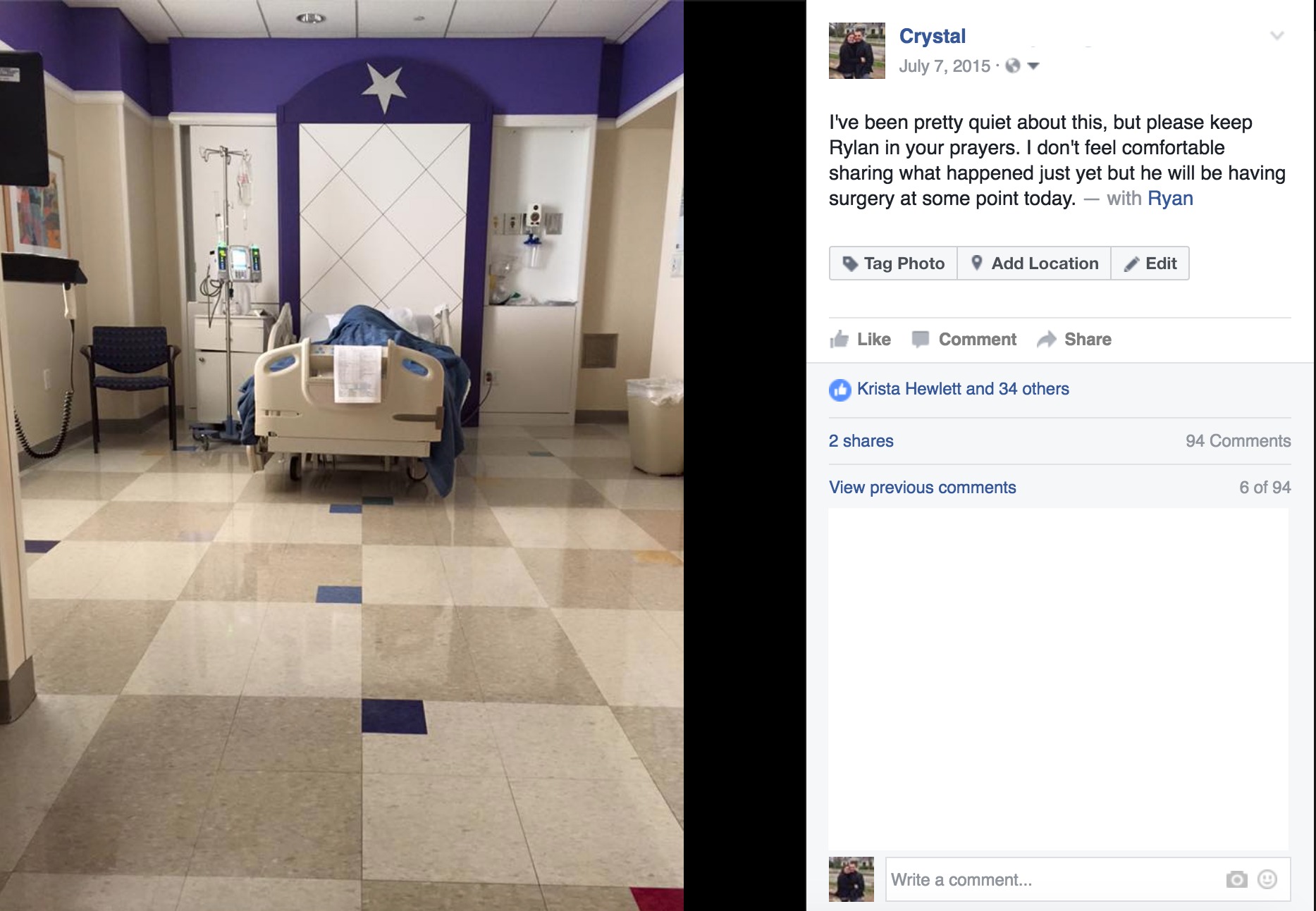 That’s where everything started going downhill, so to speak. The team of nurses, doctors, and surgeons that were caring for my son were so nice and tried to make us all comfortable, except for one.

When the Bully is an Adult

He was an arrogant man. He was tall and skinny. You could tell by his bedside manner that he didn’t think very highly of me and I assume it was because he blamed me for my son’s accident with the fireworks.

I felt and still feel terrible about the incident. But the only thing that could have changed the situation from that night would have been not doing the fireworks. We followed all the directions and took precautions to keep us all safe. But there was a malfunction with the 7-shot artillery shell and unfortunately my son and I got hit. 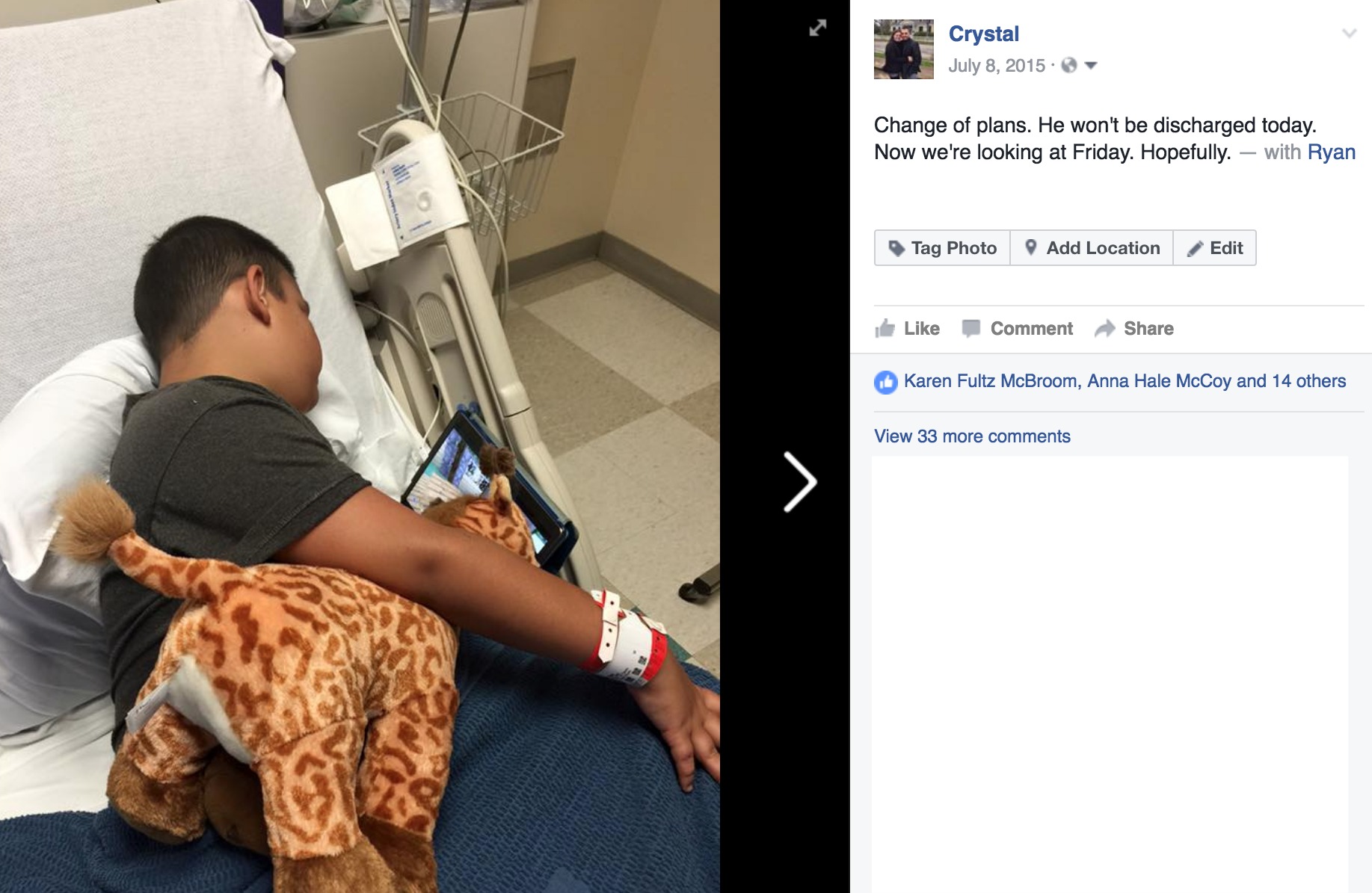 He got the brunt of the injuries, which makes me feel even worse about the whole situation. He has scars up and down his legs that will probably never go away. Every time I see one of his scars, my stomach knots up and my heart aches.

While I know my child isn’t skinny, I’ve been working with his pediatrician for about four years on a solution for his weight. I know that he is a little overweight. I watch what he eats to make sure he is getting a balanced diet. He exercises at least three times per week in the kid’s program at the gym. He plays sports. He’s just a big boy, but didn’t know up until that point that he was different from anyone else. 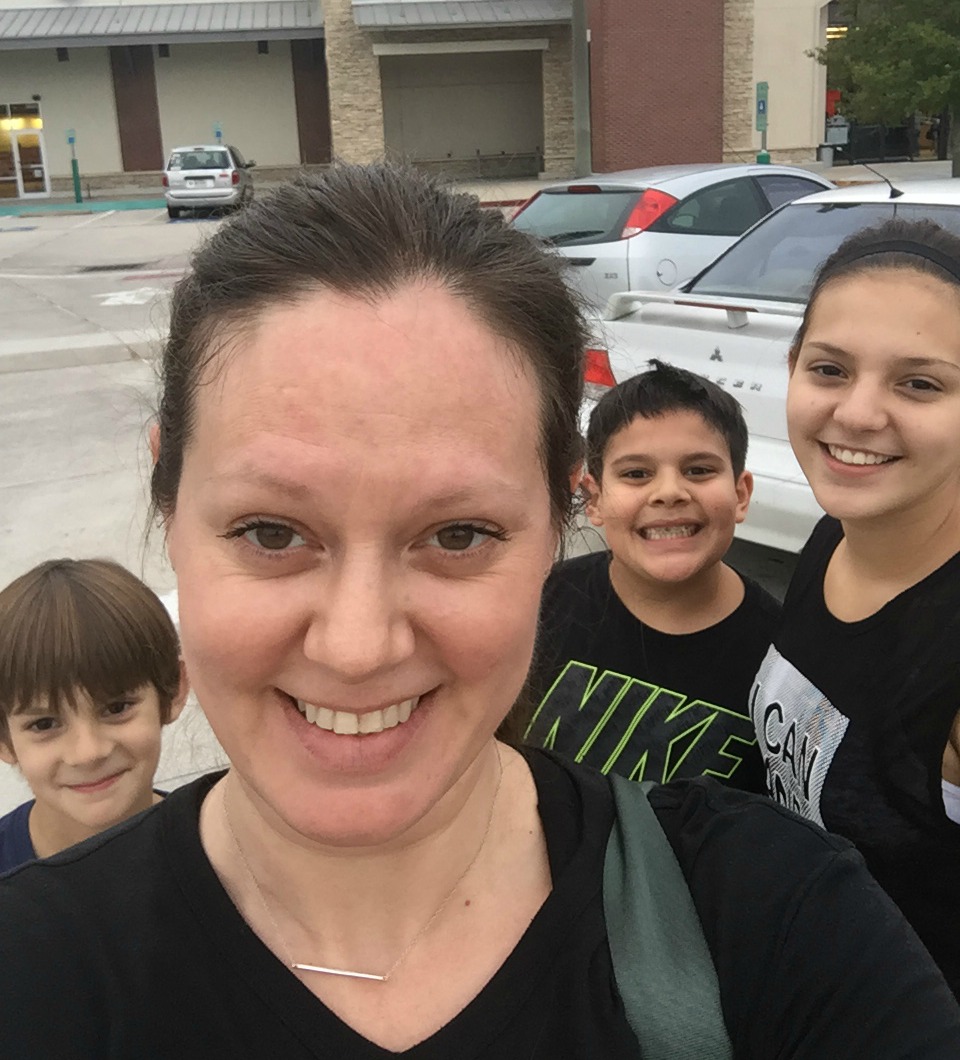 This doctor, in front of my young son, went on and on about how he was overweight and unhealthy and that he needed to move more.

I was horrified. I was sad. I was angry. I am angry.

For my innocent son, who went through such a traumatic experience, to be told he’s a fat, lazy kid in the midst of everything else he was experiencing. 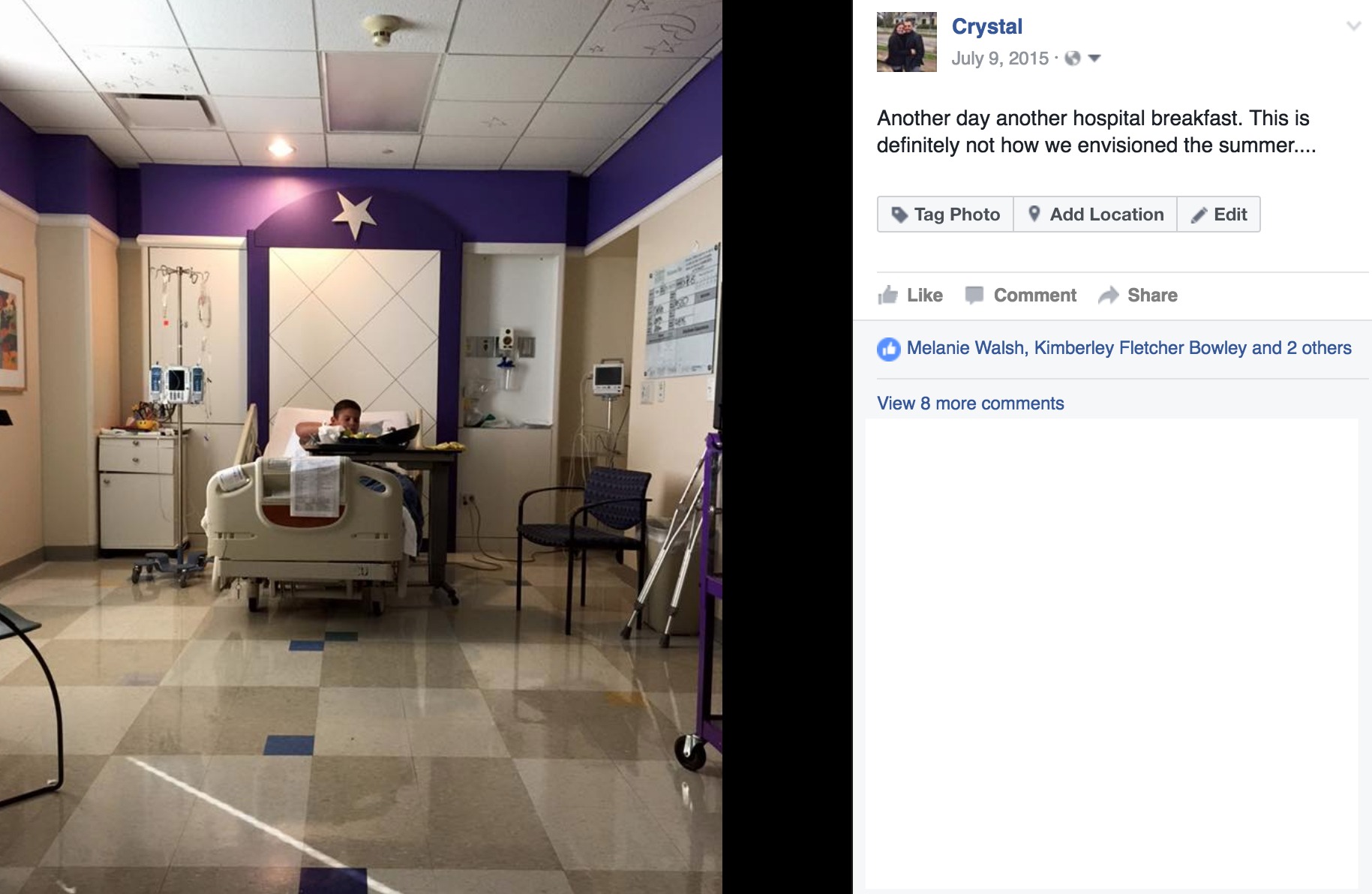 It’s been well over a year since the incident and while my son is physically healed, I’m not sure that he has emotionally healed from the words of a careless adult.

Just the other day my husband and I received an alert to our email with recent search terms on the kid’s laptop. I almost cried when I saw the search term “how to make stomach skinny“.

What is wrong with people that they would think it’s acceptable to be so harsh to a little boy?

I see all kinds of things online where kids are being mean to kids. But what do you do when the bully is an adult?

As a mom, I wanted to go all mama bear and tell him just exactly what I thought about him — and I probably would have if my child wouldn’t have been present, but I didn’t. I sat there. I started out listening to him and somewhere in the middle of his rant I looked at my son, gave him a look only a mother can give, and squeezed his hand a little tighter. Unfortunately the damage was done but when that doctor left it gave me the opportunity to talk to my son about people’s differences, and that differences are what make people so special. 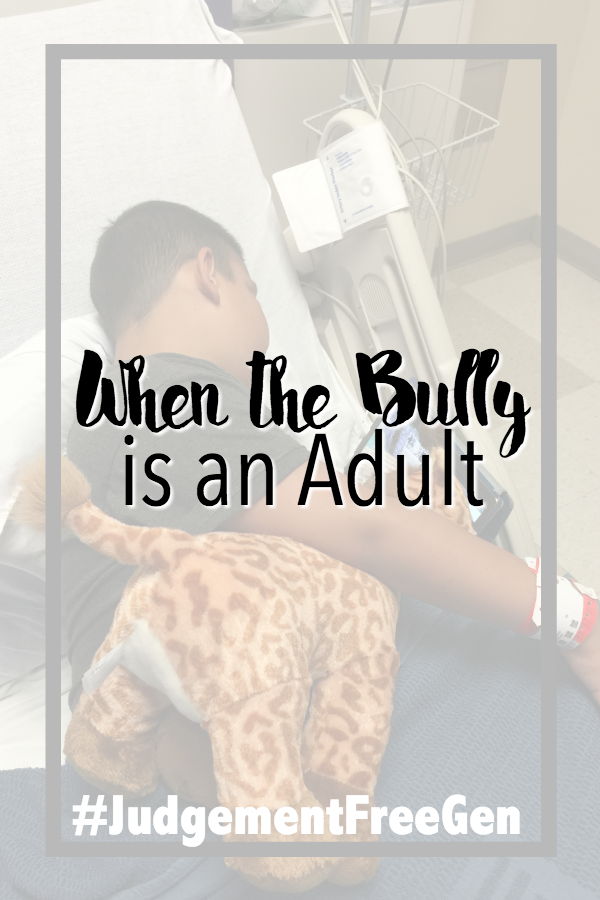 I haven’t shared this story online because I was afraid of the people that would read it and point their judgmental, little fingers at me because my child was in a fireworks accident. I only shared it on Facebook to very few friends and family just so they would know what happened. I was and have been very quiet about the incident and probably won’t even write about it again. But you know that thing that weighs heavy on your heart and it feels good to just get it out?

I just needed to get it out.

It’s not okay to say such mean things no matter your age.

But I’m willing to try. I’m willing to put it all out there in hopes that our story causes just one person from being mean or saying something hurtful.

This is a friendly reminder to keep your judgments to yourself. Be kind. Lift people up. Be the good — to everyone! 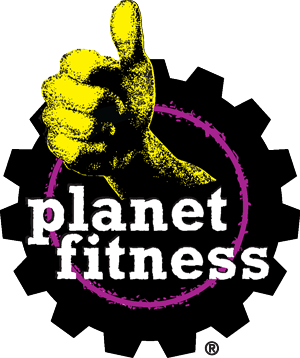 Bullying has become all-too-common in today’s society and Planet Fitness is making a commitment to tackle the issue. The Judgement Free Generation is Planet Fitness’ philanthropic initiative designed to combat the judgement and bullying faced by today’s teens by creating a culture of kindness and encouragement.

Whether it’s at school, on the playground, at work, or in a hospital room, Planet Fitness is hoping to empower people to be more aware of the various forms of judgement around them. We’re all different and that is what makes us all unique and wonderful. 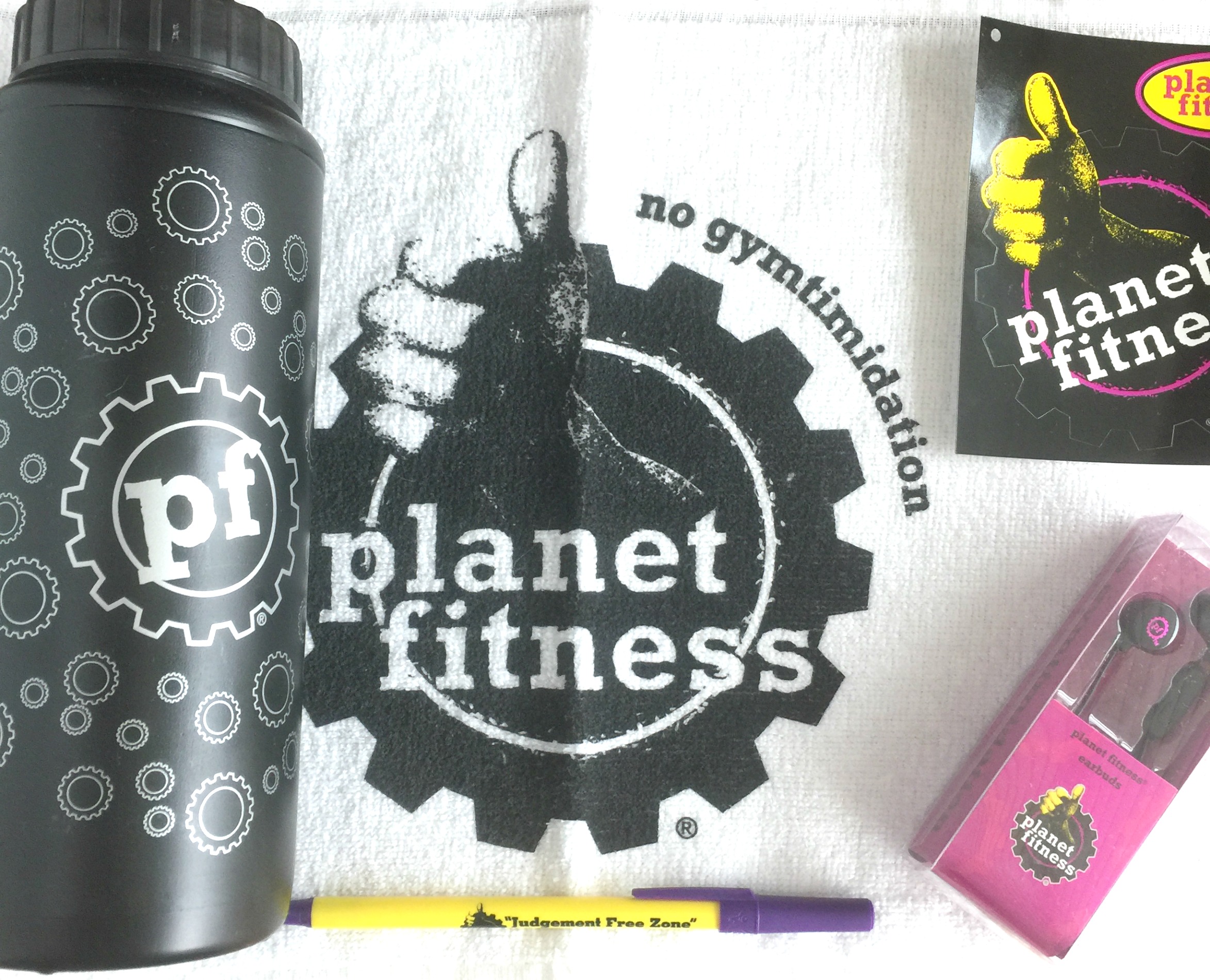 Will you join me?