When it comes to cooking with the grill on our back porch, I leave that to the capable hands of my husband. He can take whatever I give him and cook it to absolute perfection.

I mentioned last week that I was working with the National Pork Board to create a recipe using the grill and a Porterhouse Pork Chop. As I was preparing and jotting down ideas for my recipe, I decided to head to my local Kroger to see the cut of pork I was dealing with. I eat pork, but Porterhouse Pork Chop was a new term for me. But, after talking to the helpful gal behind the meat counter after not seeing any in the meat coolers, she let me know that it’s just a new, fancy name for the Bone-In Loin Pork Chop. There were several cuts of pork that were recently changed to match the names for cuts of beef for easier identification and preparation. 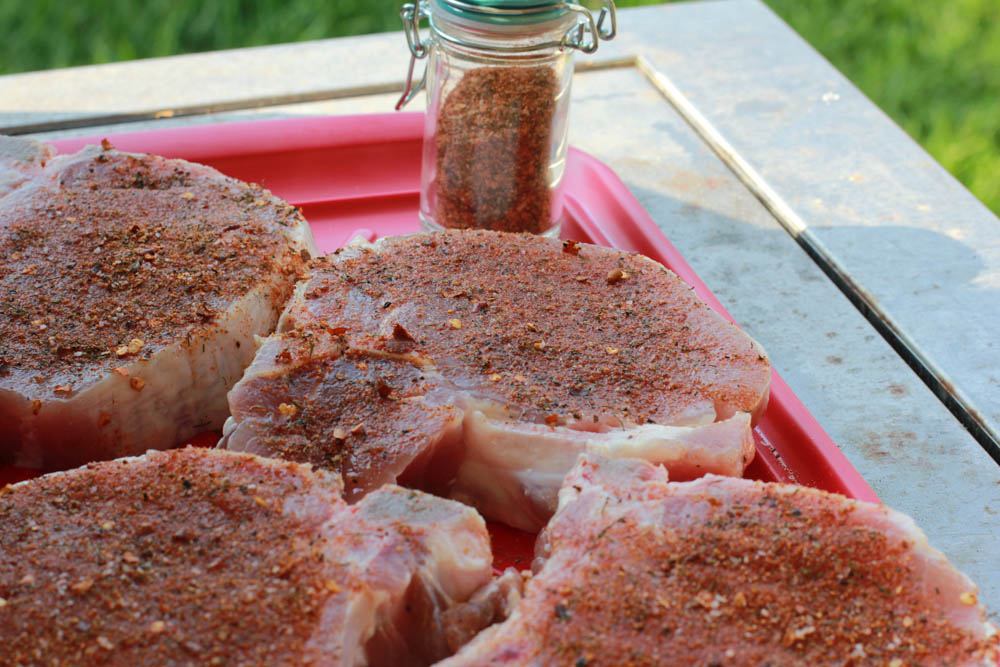 When I’m working with a nice cut of meat, I like to keep things simple and let the meat stand on its own. And that is exactly what I did with these Porterhouse Pork Chops. I let them brine for a few hours and then covered them in a tasty homemade steak rub. We then cooked them just like we would have cooked a steak on the grill. 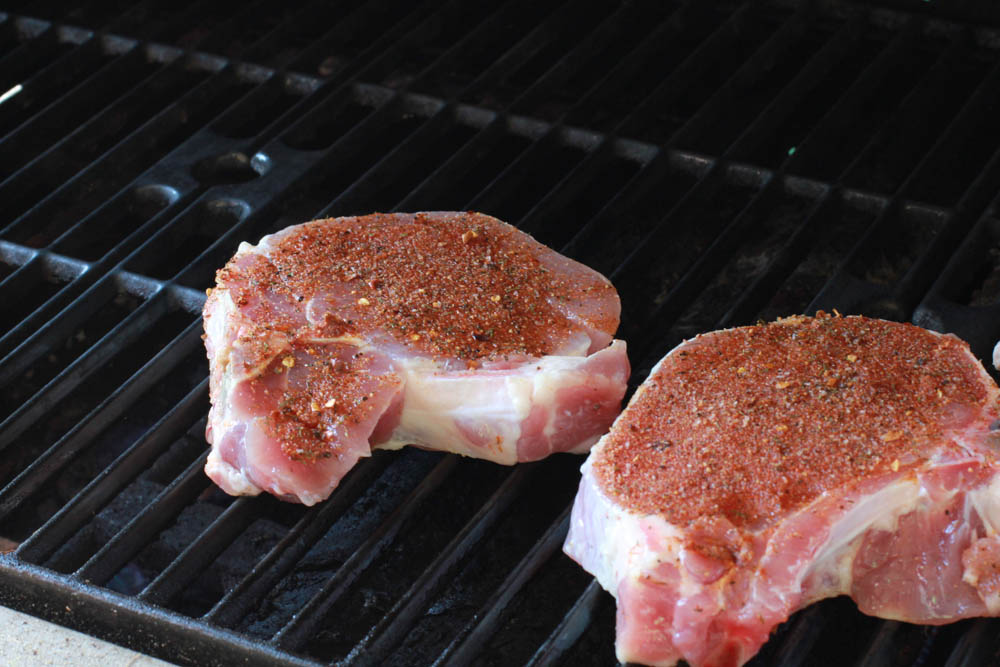 Thankfully my husband got home from work just in time to place them on the grill and work his magic. I worked on the rest of dinner, green beans and roasted red potatoes, and occasionally popped my head outside to see how it was going. What I realized was that working the grill is easy work, y’all. Every time I walked out the back door he was sitting down in a chair on his phone. 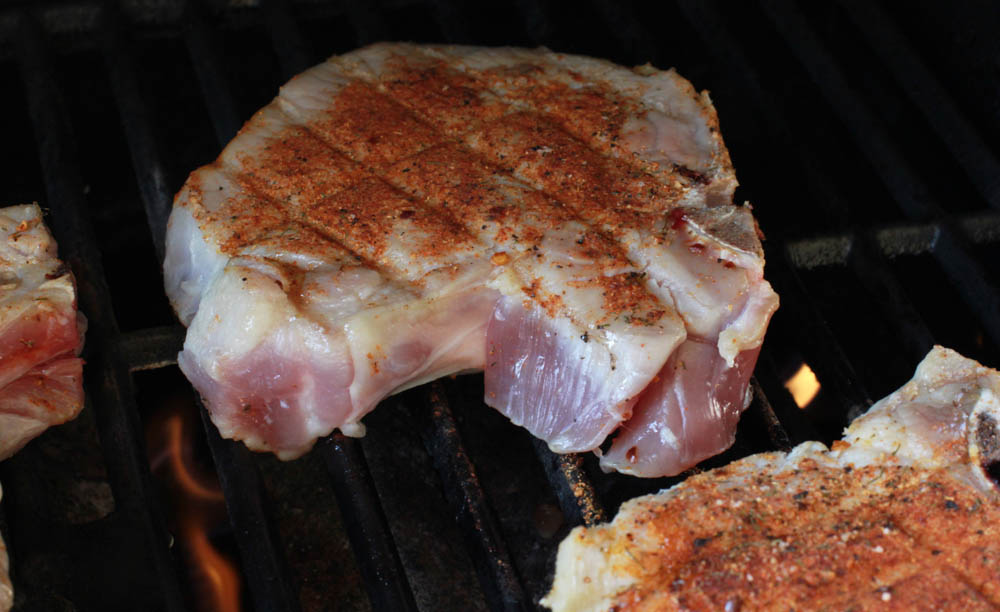 How to Cook the Perfect Grilled Porterhouse Pork Chop

I think I’ve been letting him off easy, folks!

Four Grilled Porterhouse Pork Chops was more than enough for my family of five. In fact, we had a whole chop left over that I ate the next day for lunch. I think the key to stretching is to serve in slices. Plus, it’s just easier to eat that way, too. 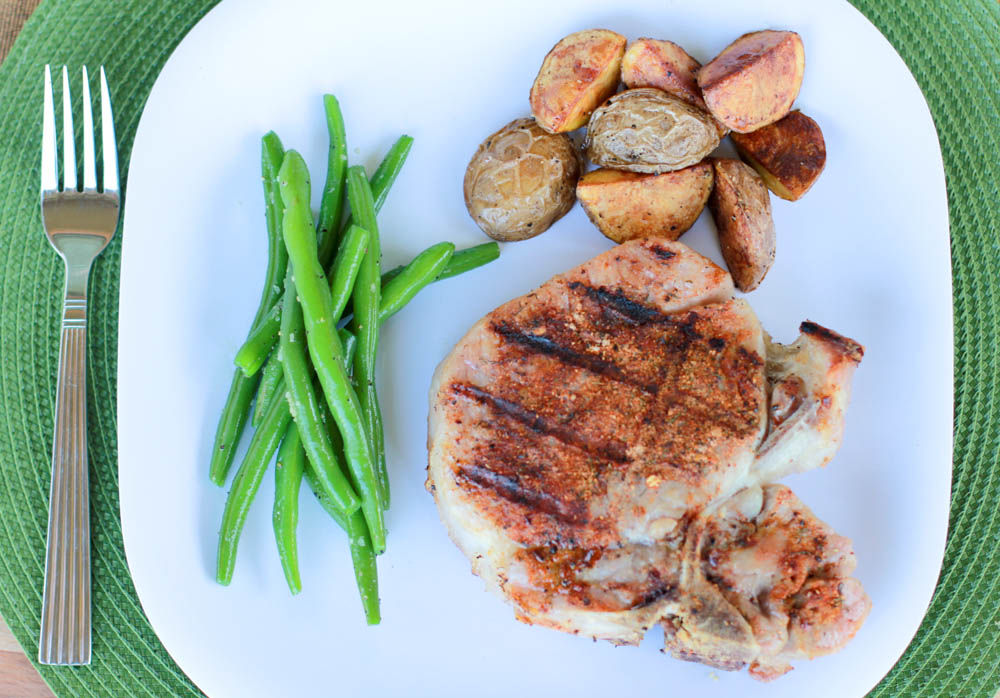 This is the Perfect Grilled Porterhouse Pork Chop recipe because it is out-of-this-world delicious. It’s tender, it’s juicy and the homemade Steak Rub is just the icing on the cake. I’m pretty sure this is the best grilled pork I’ve ever eaten. 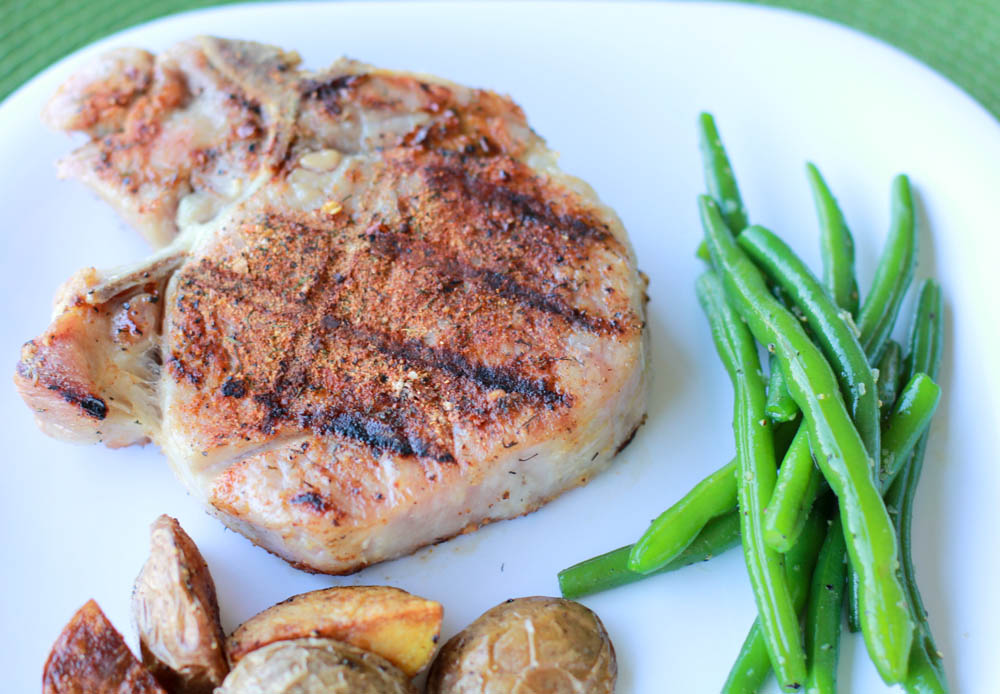 And I’m not saying that just because it’s mine. It’s just really that good! But don’t take my word for it y’all. Try it yourself.

Remember, let the meat rest once you’ve taken it from the grill. This will keep all the juices inside resulting in a juicy Grilled Porterhouse Pork Chop.

Don’t forget to save this Grilled Porterhouse Pork Chop recipe to one of your favorite boards so that you don’t lose it. 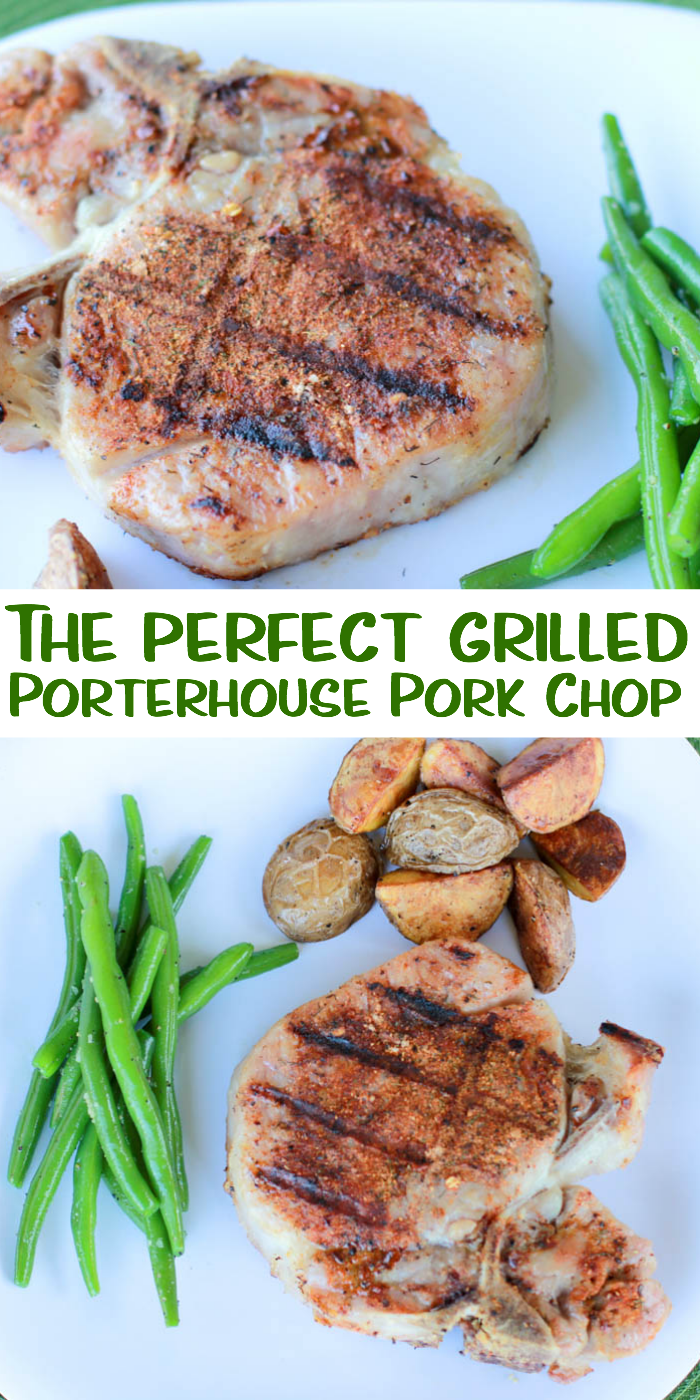