A cool front swept through late last week and what a difference it has made in the temperatures here in Texas. I walked out of my back door onto my back porch Saturday morning and was shocked at how drastically the temperature changed from the time I went to sleep the night before to the time I woke up.

What a lovely difference a few hours can make!

When I think of fall, I think of pumpkins. Maybe because they are orange and I associate orange leaves with fall, but regardless, I think of pumpkins when the weather changes. I’ve already started seeing them trickle in to our local grocery stores, and I just couldn’t help myself and had to get in the kitchen for some pumpkin goodness. And so I did just that. I made Pumpkin Spice Rice Krispies Treats! 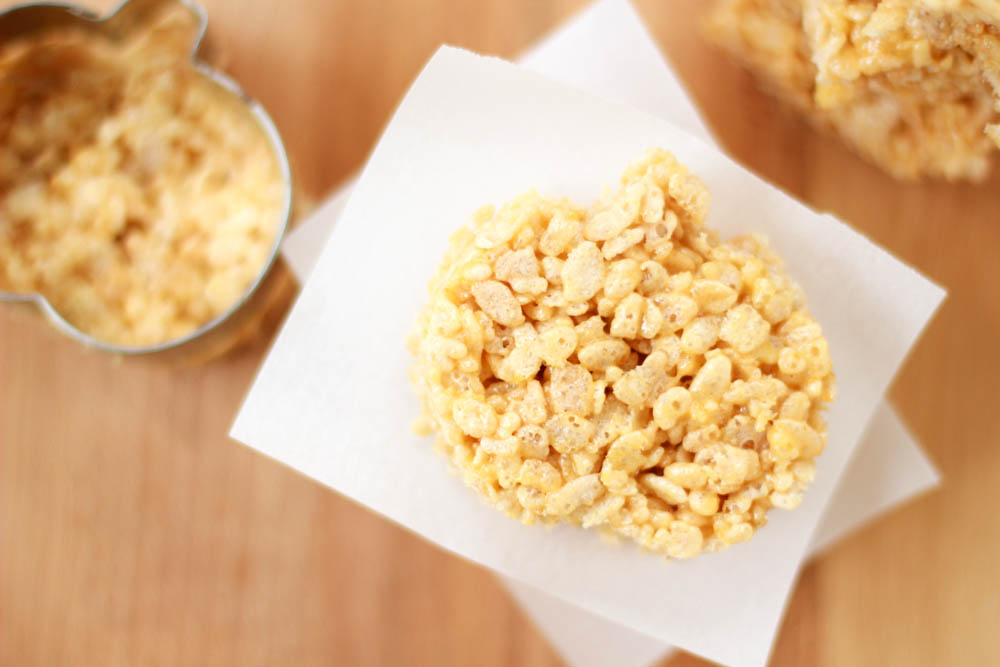 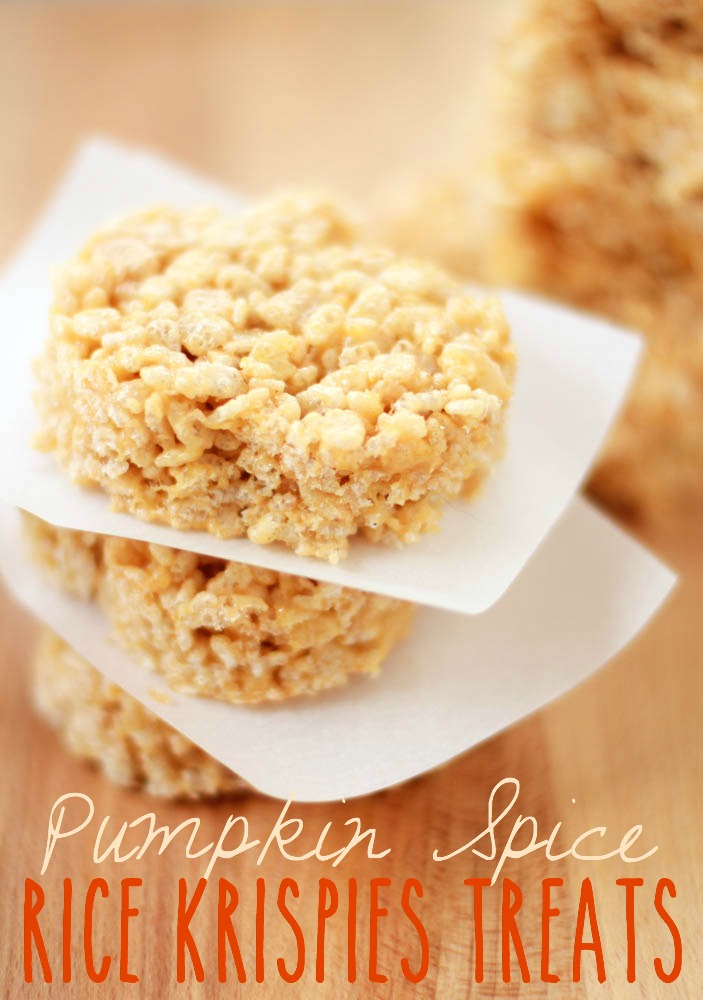 Because pumpkin has a high moisture content, you may want to get rid of some of that moisture before making the Rice Krispies Treats. With the pumpkin in my measuring cup, I took a piece of paper towel and gently pressed down on the pumpkin to trap some of the moisture in the paper towel. I did this several times and I do think it helped tremendously. 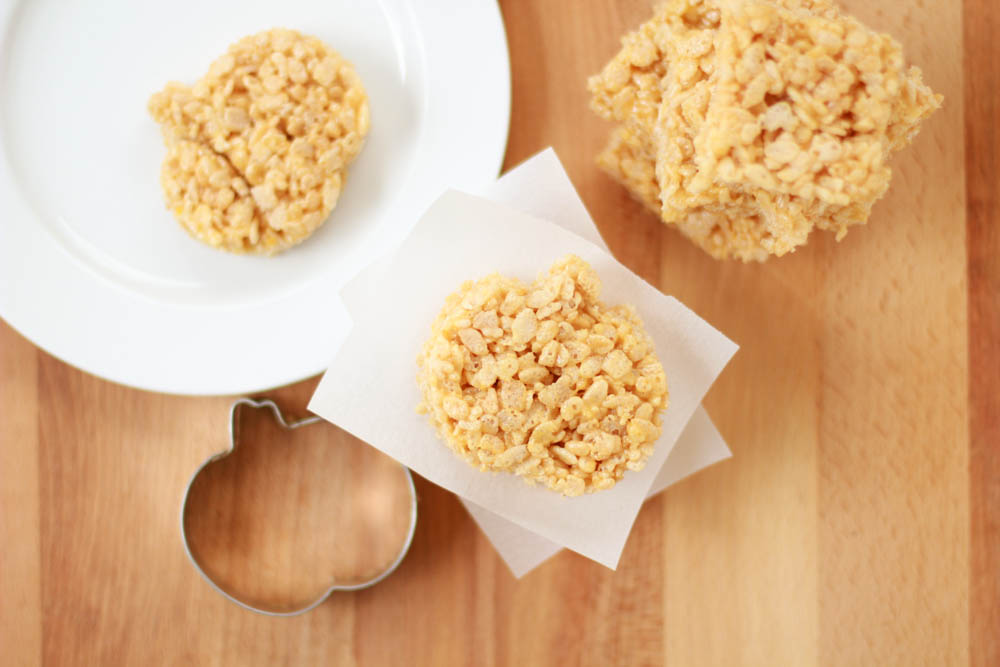 I cut half of my pan into these cute little pumpkins using my pumpkin cookie cutter, and the other half I cut into squares. Of course, the kids wanted the pumpkin-shaped Rice Krispies Treats, and honestly I can’t blame them. I wanted them, too.

Although I didn’t do it this time, I’ve been thinking about adding a cream cheese frosting next time I make these. Doesn’t that sound so decadent and delicious? Have you made Pumpkin Spice Rice Krispies Treats before?

What is your favorite thing about the fall season?